The K-Byte will come with the same $45,000 price tag as the previously announced SUV. BYTON has this to say about their latest introduction: “Unlike the BYTON Concept One, this show car is not a pre-production concept; instead it embodies BYTON’s intent to reinterpret what has become an outdated body type: the sedan.”

Additionally, we learned that the naming strategy for BYTON’s vehicles will include the word “Byte” in all of their series production vehicles. BYTON stands for “Bytes on Wheels” symbolizing the digital power of BYTON’s offerings and the brand’s vision for a connected, mobile life. The previously revealed SUV, which will launch in China in late 2019 will be called the M-Byte. 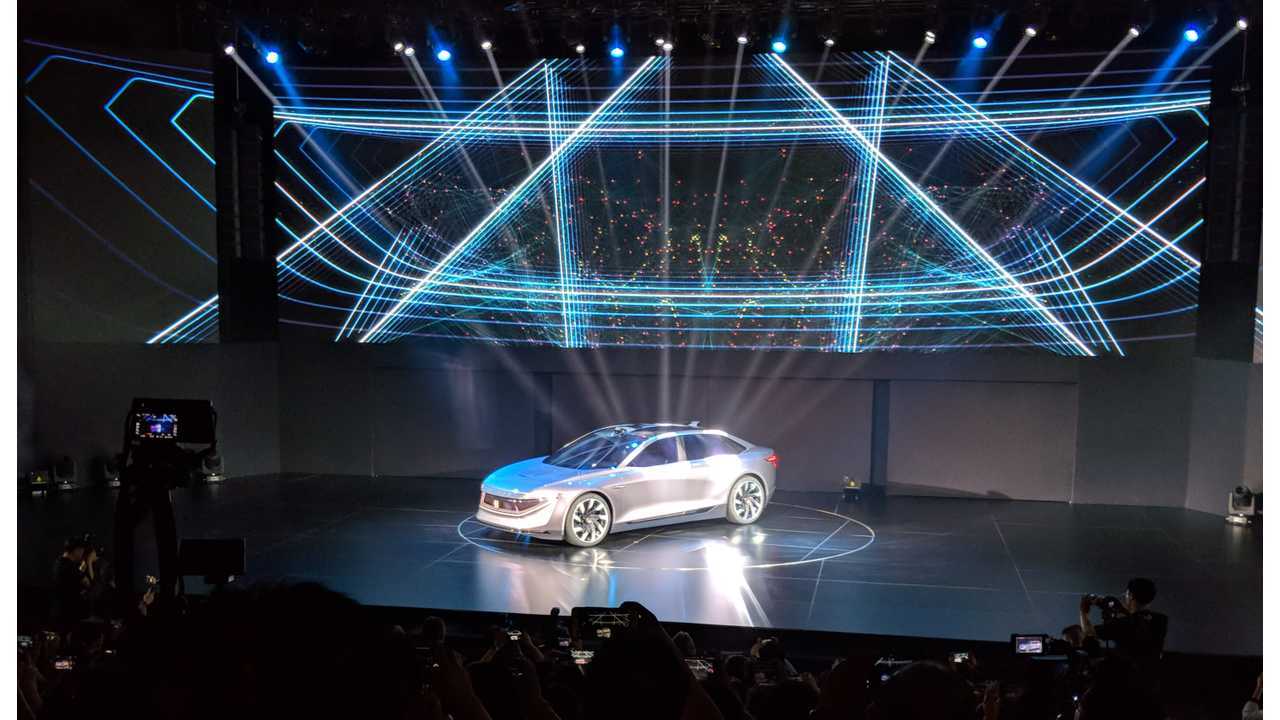 “By adopting this naming strategy, BYTON celebrates our brand DNA as a next-generation smart device,” said Dr. Carsten Breitfeld, CEO and co-founder, BYTON. “Following from our first model, the BYTON M-Byte Concept, the K-Byte Concept represents a breakthrough in the design of smart connected vehicles. It changes the design language of traditional cars, delivering a perfect blend of elegance, style, luxury, and sportiness, and introducing new design aesthetics in the age of shared mobility and autonomous driving.”

From the BYTON press release:
Trend-setter: Defining the new aesthetics of autonomous driving
Sensor integration for autonomous driving is front and center within the K-Byte Concept’s design aesthetic. With an elegant and slender module on the rooftop, the bow-shaped BYTON LiBow system integrates front and rear lidar sensors to allow for a full-view panoramic scan of the vehicle’s surroundings. BYTON’s retractable LiGuards side lidar system is located below the side-view cameras. The system will deploy in autonomous driving mode to ensure driving safety and retract automatically during parking maneuvers; moreover, these lidars can all be illuminated for a range of specific purposes, such as signaling pedestrians.

Bodywork and design. BYTON’s designers, without any superfluous decoration, have carefully polished each line, although the innovative C-pillar design takes its inspiration from the buttresses seen in architecture, presenting a graceful curve while delivering aerodynamic performance. The windows and sunroof are expanded to emphasize safety while creating a generous greenhouse enabling drivers and passengers to fully enjoy the outside world. The BYTON K-Byte Concept also has an impressive front face, upgraded BYTON Smart Surfaces deployed on both fascia and tail for a stunning echo effect, and a layout of light strips creating a deep three-dimensional visual while giving an enhanced sense of technology being utilized. Immediately above the Smart Surfaces is an integrated taillight that runs through to the tail and drawing comparisons to the horizon. 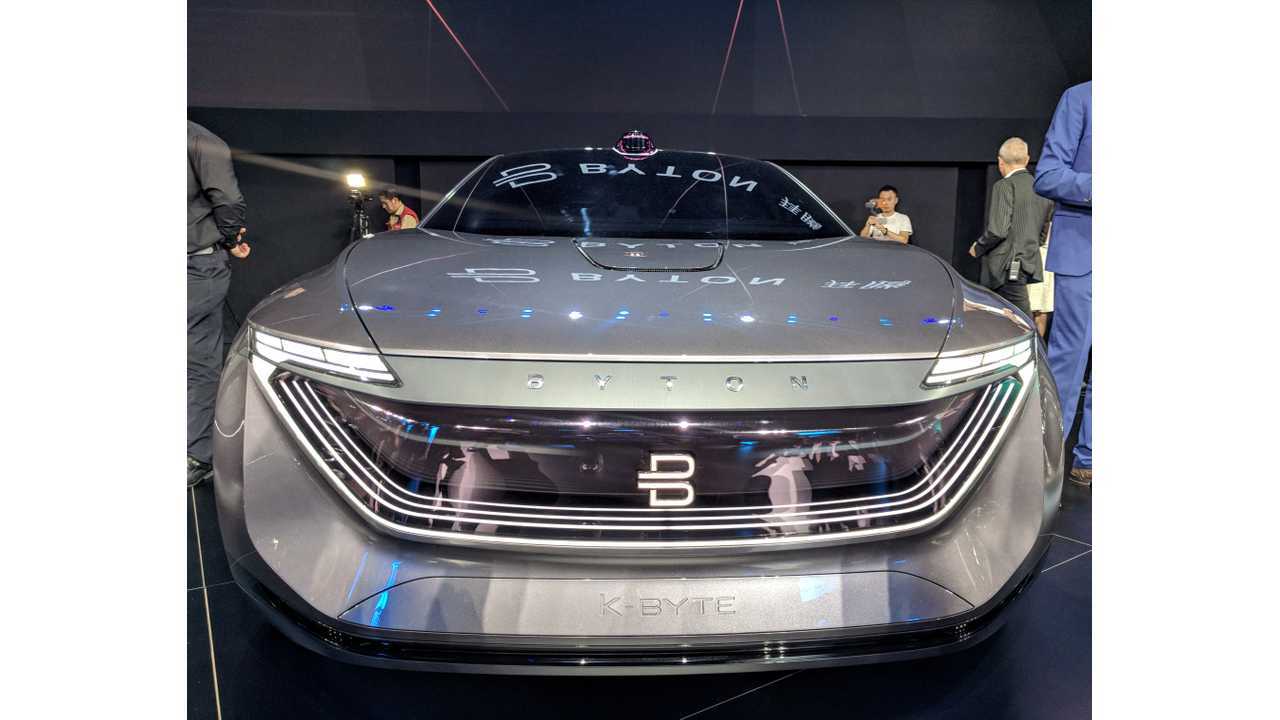 BYTON has previously stated that the SUV, now known as the M-Byte, will launch in late 2019 with level 3 autonomous driving technology. We’ve also learned that as soon as  late 2020, BYTON believes they will be road testing a fleet of cars with level 4 autonomous features:

BYTON has partnered with Aurora, the world’s leading autonomous driving technology firm, to develop a Level 4 (L4) autonomous driving program. L4 is defined as a state where the car can operate without human input or oversight but only under specific select conditions. By the end of 2020, the two companies will have a fleet of prototype vehicles with L4 autonomous driving capabilities ready for testing, in preparation for L4-ready mass production and delivery.

Like the M-Byte SUV, the K-Byte will come in two versions. A base, two-wheel drive model with a 71 kWh battery and a 272 electric motor. There will also be the high-performance all-wheel-drive version, which has a 95 kWh battery and a 476 HP electric motor. The claimed ranges are 250 miles per charge and 325 miles per charge respectively. However, that’s by using the NEDC test protocol, which is not realistic in real-world driving conditions. I think roughly 200, and 260 miles per charge is probably more realistic.